“As of yet, I have been incredibly blessed with the interviewers I’ve encountered throughout my industry experience. I especially have a ton of respect, admiration and appreciation for the bilingual journalists that have interviewed me such as Kenny Chan (Men’s Uno – Uno Girl), Suki (Jasmine Girl Magazine), and on today’s media coverage, Yi Ming (联合早报).

These individuals have made things incredibly smooth running for me. As these mentioned media releases are in 中文 (Mandarin), it would typically be ideal for them to conduct the interviews in 中文, of course. However, although I’m at a pretty comfortable level of communicating in Mandarin, my command in that dialect isn’t nearly where I want it to be.

Because I can communicate very well in English especially when conducting interviews and trying to get a message across, I find it incredibly frustrating that I am unable to do so in Mandarin. I can certainly get a message across but there would be no depth and the message sent across would come off pretty simple and perhaps potentially even a little misunderstood. After all, language capabilities truly make a difference in the way certain messages get received. I can truly understand how Sofia Vergara feels 😉 I hope I can be half as successful or funny as she is in the Chinese Entertainment world!

Anyhow, having said all that, I obviously feel most comfortable having interviews conducted in my mother tongue. It’s true when Sofia Vergara mentioned how she sounds so much smarter in Spanish than in English… and I feel the exact same way but in English as opposed to Chinese!

So I have been really quite fortunate because Malaysian and Singaporean press tend to have incredible bilingual journalists who not only have an amazing command in both languages but do such a great job bringing out and portraying the best in me in my media coverages!

I just wanted to show my utmost appreciation for these folks! I know in the future, as I continue to embark on my journey and as I move further on, I would not have this luxury and will truly need to up my grasp on Mandarin to the next, next, next level!!

The goal? Having my Mandarin comprehension to the level of my English!! A tough feat… but what can I say? I think I’m addicted to challenges 😉” – Natalia Ng

联合早报 featured Natalia and two other foreign talents who are currently residing in Singapore.

“I was essentially asked why I chose Singapore, how I liked living here, and what I have in store next. So the bulk of foreign talents in Singapore are models. For me, however, I came into the Singapore entertainment industry through Fox Sports as a TV Host and picked up modelling jobs such as fashion catwalks, print advertisements and TVCs along the way. Being Malaysian, I still have a fair share of work back in KL, mostly emceeing events and a few small acting jobs here and there.” – Natalia Ng

Why did I choose Singapore?

It was a natural choice seeing as I was scouted and signed by a Singaporean-based management company (AM Media) middle of last year and right off the bat, they scored for me an audition with Fox Sports Asia in Singapore and in August 2014, I was officially on the Fox Sports Asia TV host roster! This opportunity prompted me to make the move from Malaysia to Singapore and explore a whole new market.

How do I find living in Singapore?

I have to say, I absolutely love living here! First of all, it’s not far from home so any time I miss my family and besties, if I can’t get them to visit me, I’d just take a quick flight home during my time off. Other than that, Singapore is safe, clean, efficient and did I mention, SAFE?!! Malaysia is pretty great but it’s no surprise that we have safety issue which boils down to the fundamentals of our governing body but let’s not go there, shall we?
Other than a higher cost of living in general, most other aspects of this country make up for it such as an amazing array for international foods, seriously efficient public transportation, clean toilets!, and a great mix of culture that reminds me a lot of Malaysia home! Plus, with what’s happening in the Malaysian economy and the ridiculous stooping low MYR rates, I’m kind of grateful I’m making Singaporean dollars at this point!!
All in all, I’ve grown to enjoy my lifestyle in Singapore.

What do I have in store next?

Now here’s my little secret. I’ve been working on a blundering project for the past 6 months and I have been pretty quiet about it because I don’t want to jinx anything. It’s still in the works so I’m going to still keep it hush hush but I’m super excited and honestly, incredibly nervous on what’s going to happen next! For now, I’ll have to leave you guys wondering but hopefully, not for long!! 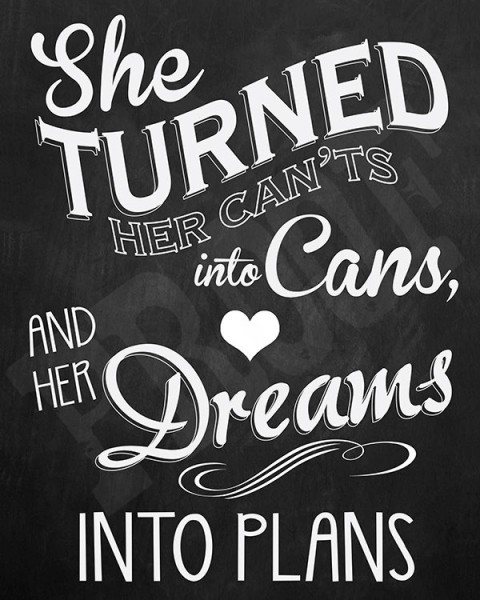 “She turned her CAN’TS into CANS and her DREAMS into PLANS.”

And I hope to turn my PLANS into REALITY!!!

“Thank you very much, Yi Ming, for taking the time to have a chat with me and for featuring me in the Crossroads section of the Morning Newspaper (联合早报)… it was truly a pleasure!” – Natalia Ng